Bonsoir,
As promised on Twitter I have some pictures for you from last night's Fashion and Design Festival in Montreal! These are from one of the main stage fashion shows: Version 70 which means 70's Version. This show featured creations from different designers but were styled with a 70's flair. The show was tons of fun. The models were smiling, dancing and some came down the runway riding on their bicycles. This show was energetic and chic! 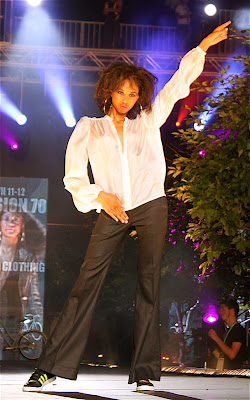 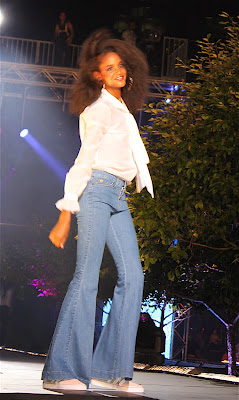 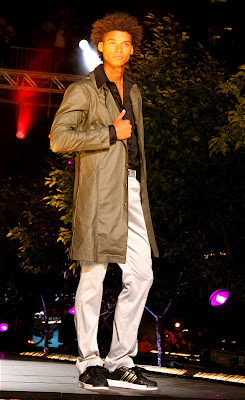 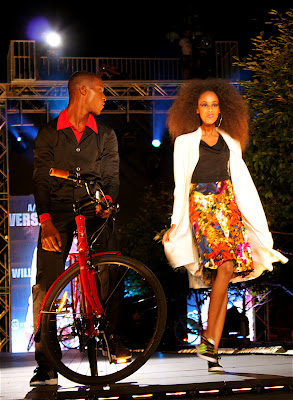 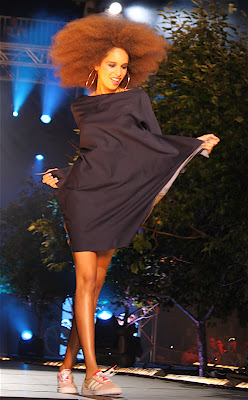 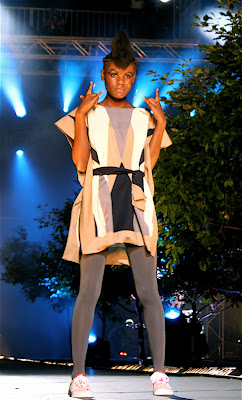 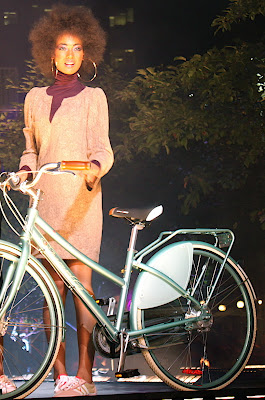 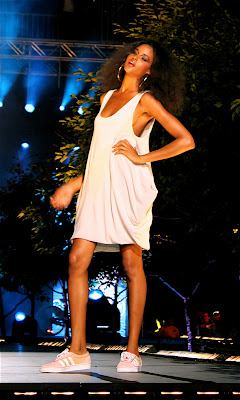 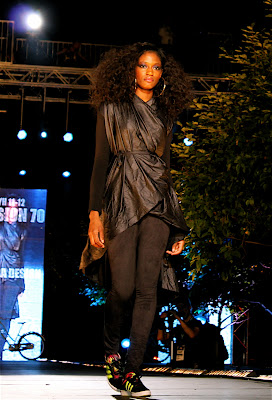 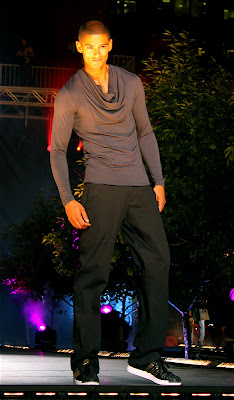 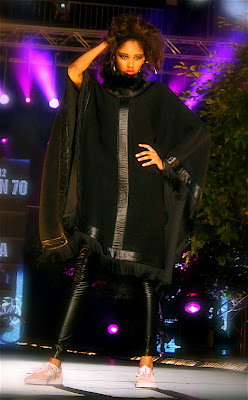 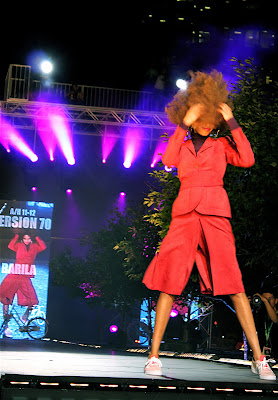 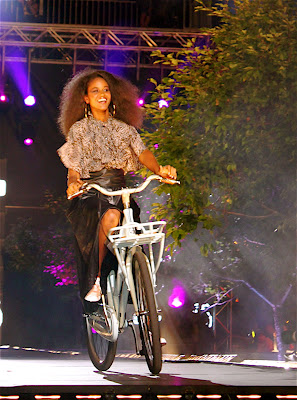 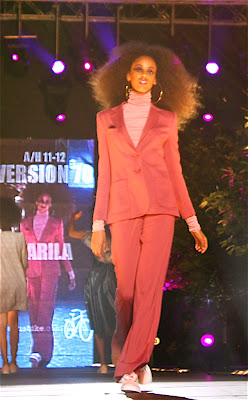 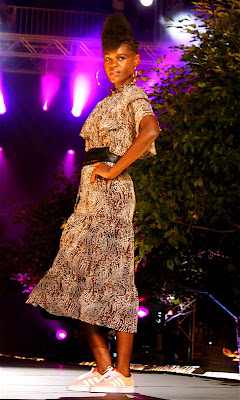 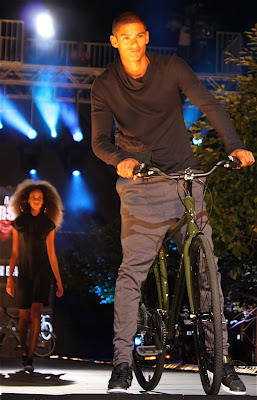 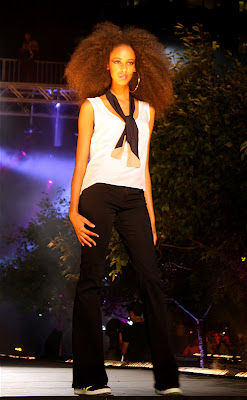