We got the blues!

First off, allow me to apologize for leaving you stranded on Monday. I was in a comatose state the entire day because I was left stranded along with 500 other people the night before. As you already know, I was in Florida for a time of tanning, massages, shopping, fete and other diversions. I left on Friday aboard a JetBlue flight going from New York (JFK) to Fort Lauderdale (FLL). The departing flight was delightful. My travel wing woman and I were given the best seats in the house. You know which seats I am referring to: the ones with the even more legroom in the very first row where the flight attendant stores your carry-on baggage for you and hands it back to you once the aircraft has reached it's cruising altitude and does the same before landing. We were in heaven and nothing could go wrong. Well, we spoke too soon. When the time came for us to head back to the big city on Sunday evening, we met our match in that of Jet Blue's Florida based airport customer service employees. In order for you to grasp the full extent of my frustrations that night, please take some time to read this complaint I sent to JetBlue concerning FLIGHT 50. Good evening,

JetBlue demonstrated utter disregard for their passengers, a lack of common sense and professionalism by way of their employees. Not only was your 8:35 pm flight delayed for 6 hours but your check-in personnel neglected to inform passengers of the delay as they were checking in, printing boarding passes with ON TIME boarding times all the while they already knew that this flight was not going to land in Fort Lauderdale for several hours. I found out that our flight was delayed because I noticed that the gate screen was displaying a San Fransisco flight and thinking that this was unusual, I asked one of the gate employees if our flight 50 was on time. It was after 7:30 pm and no announcements had been made. In addition, JetBlue's customer service employees at (our) gate F3 (in Fort Lauderdale), Eddy the supervisor, Marko, AJ and other attendants, of which we do not have the names, refused to make public announcements to keep us informed and were extremely rude, raising their voices at passengers whenever they were asked questions. One of them even called security on a patron who did nothing wrong. This flight did not take off until after 2am and the plane crew refused to give passengers who were freezing blankets, claiming that they didn't have anymore. As if this wasn't enough, one of the flight attendants (African American female) started to complain about the passengers, who were turning into icicles, in a very disrespectful manner not knowing that I was coming out of the bathroom and could hear the entire ugly thing. So much so that another flight attendant, Nelson (Asian male) came over to me, noticing my disgust for the scene, to apologize for her comments (which were not about me personally). There were many other displays of bad customer service such as when AJ told one of the passengers to "just take the train when you get there" when she, a young female, asked if she could possibly get a taxi fare voucher since the flight would not get in until after 4:30 am. I think you can understand my disappointment. I do not plan to fly with you again. This form of treatment is unacceptable. If you want more details, I will gladly oblige.

It was an absolute nightmare! One thing I didn't mention in my complaint is that I had to go to the office at 9 am that morning, rain or shine, on time flight or delayed flight. I don't need to tell you that trying to align two words in a coherent sentence was simply out of the question! So once again on behalf of JetBlue, who has yet to apologize to me and the other passengers of FLIGHT 50, I apologize for depriving you of stylish threads this past Monday. I am still recovering from sleep deprivation but at least I have a gorgeous tan. So in the end, it was worth it! Love, Kelie XO PS: Don't get me wrong. I am never flying JetBlue again.

We can hardly wait. Today is lift off and we don't plan to come down for several weeks. Don't fret, we are taking you with us on this trip to Miami! Beaches, good food, a tan to die for and shopping are all on our to do list! Ready, set, fly!
Love,
Kelie XO
at Friday, July 23, 2010

How do you keep your cool?

We've been so out of it lately. In a constant daze, unable to focus. Our attention is being pulled left and right without leading to any real denouement. What a drag! We blame the heat! How do you keep your cool in times like these? Really, tell us how.
at Wednesday, July 21, 2010

How do you entertain a healthy relationship with fashion and your appearance?
at Monday, July 19, 2010

Now that you know that you put on clothes because you cannot go out in public naked without attracting unwanted attention and trouble with law enforcers, the question is how do the clothes you choose to wear make you feel? Do you see getting dressed as a choice or a necessary evil, a daily opportunity to express your individuality or an activity as enjoyable as getting your teeth pulled or getting a colonoscopy? Quite frankly we know that if some of you were given the choice, you would gladly sport Adam and Eve's pre-fall style and we can't blame you. But the fact of the matter is: we have to cover ourselves, some more than others, and an entire industry was built on that premise. The fashion industry has and continues to captivate millions. It is a billion dollars industry which affects every level of society positively and, or negatively. Think about women like Michelle Obama who has inspired millions with her sense of style. Painting a picture of dignity to which young women all over the world can aspire to. But this infatuation has also led to many a tragedies: suicide, anorexia, bulimia, shop lifting, plastic surgery addiction and the list goes on. All of this in the name of beauty. Fashion is a powerful force that will not be denied. No one can escape it.
This weekend as you skim through your closet for a cute or dapper outfit to wear, take some time to ask yourself: what is it about this jacket, shirt, skirt, dress that made me reach in and grab it and what does it say about me? Don't misunderstand us, your clothes do not define you but whether you like it or not they do talk behind your back!
Love,
Kelie XO
at Friday, July 16, 2010

We are unable to write today. You'll understand why on Wednesday when we tell you the whole story! Stay tuned!
at Friday, July 16, 2010

Why do you get dressed in the morning? Really. Think about it.
Love,
Kelie XO
at Wednesday, July 14, 2010 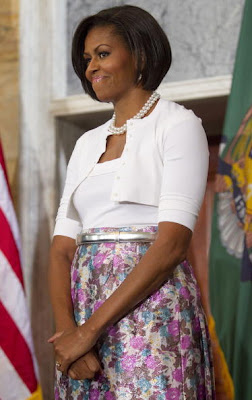 A quote for today and everyday!

Don't rush into any kind of relationship. Work on yourself. Feel yourself, experience yourself and love yourself. Do this first and you will soon attract that special loving other. - Russ Von Hoelscher Love, Kelie XO
at Friday, July 09, 2010

Rebuilding a community one closet at a time? Now, that's a motto we can get behind and all it requires is a few items of clothing. Watch this! Let's flood Nashville with fashion. Visit www.floodoffashion.com for details on how you can make your clothing donation. Love, Kelie XO
at Wednesday, July 07, 2010

You didn't think we'd stop feeding you did you? Now, that would not be good parenting! Get your fashion grub on on the side bar. Love, Kelie XO
at Wednesday, July 07, 2010

Hope you are going to follow our example and take advantage of this long weekend! We don't know whose bright idea it was to make the work week 5 days and the weekend only 2 days but we won't be worrying about that nonsense this weekend. We are going to enjoy every single minute of our time off. Let's chat on Tuesday! Love, Kelie XO
at Friday, July 02, 2010