As reported in the New York Daily News: 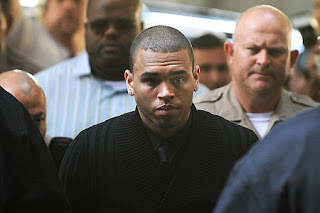 Singer Chris Brown avoided jail time for beating Rihanna, which experts say could send a dangerous message about domestic abuse. Singer Chris Brown might have avoided jail time in his vicious attack on Rihanna, but domestic violence experts aren't letting him off the hook so easily.
Advocates fear Brown's plea deal, which gave him five years' probation and community labor, is so cushy that it sends the wrong message to young men and victims. "It sets a very poor example," Roslyn Muraskin, director of the Long Island Women's Institute, said Tuesday."This is a person who attacks a woman for no reason whatsoever and now gets away with the attack."
Brown, 20, pleaded guilty Monday to one count of felony assault in the February attack on Rihanna after the couple left a Grammy party and fought over a text message. After seeing pictures of Rihanna's bruised and battered face, many initially figured Brown wouldn't be able to avoid jail. And now that he's been spared from prison, experts fear other boys will expect leniency for abuse.
"Even Paris Hilton got more jail time!" National Organization for Women President Kim Gandy said in a statement. "Young girls and boys watching this unfold on TV will see than men who commit violence against women practically go scot-free."
Read more 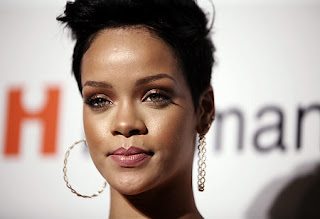