#Joplin – An EF5 tornado hit Joplin, Missouri on May 22. The tornado destroyed everything on its path including the hospital. With 161 dead, many injured and no hospital, the communities' future looked really desperate. The death toll included 7 students some who had just graduated from high school minutes before the tornado. Faced with all this adversity the Joplin people found a ray of hope when thousands of volunteers came to the state, hammers in hand ready to help. As homes are being built left and right and the high school reopened Joplin is finding it's way back. 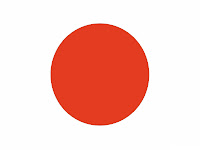 #Pray4Japan – On March 11, Japan saw one of the most powerful earthquakes to ever be recorded in the world ravage it's territory. The earthquake triggered a tsunami which swept over the land with waves that reached heights up to 133ft. The earthquake was so powerful that it shifted the earth's axis between 10cm and 25cm. If that wasn't enough the disaster caused three reactors to meltdown in the Fukushima nuclear plant. The death tolls: over 15K dead, 6K injured and 4K missing.

"Water Changes Everything." We could not have said it any better. Charity: Water has been tackling the #WaterCrisis for 5 years now and has given clean drinking water to 2 million people thus far. Watch their video. It explains the #WaterCrisis and it's implications perfectly.

To learn more and get involved #FF these Twitterers: @charitywater @generositywater.

While most think that slavery ended over a century ago, people are still being traded daily all around the world. Even today women and girls are being sold through #SexTrafficking. Children are forced to work in unimaginable conditions. Men and women are being abducted, killed and robbed of their organs. This is all happening today. There are over 27 million modern day slaves and some are right under our noses. Human trafficking is everywhere, even in the United States but there is hope. In 2011, many organizations have been actively working to rescue, treat and rehabilitate the victims. 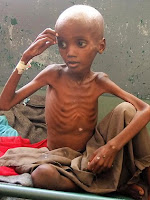 The cause that shocked the world the most this year has to be the Somalia Famine. The images associated with this crisis are horrific. Seeing women, children and men reduced to fighting over food, having to flee their country, abandoning their homes and being put into refugee camps is heartbreaking. The famine which is affecting 13 million Africans is still going on right now with no real sustainable solution. The famine caused by a severe drought reminds us again that water changes everything. #PrayForRain #PrayForSomalia