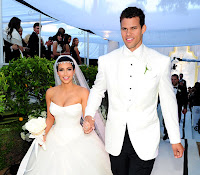 What is it about scandals and train wrecks that fascinate us so much? Is it that we want to see a disaster unfold right before our eyes? Do we secretly desire to witness a person who seems to have it all, loose it all? Well if that is the case we surely got our fair share in 2011, starting with the infamous Kardashian wedding. In August 2011, Kim Kardashian said “I do!” to NBA player Kris Humphries. The question they should have asked immediately after was: “For how long?” And the survey says: “72 days”. This very public family feud was what many believe to be a major publicity stunt and one of the biggest wastes of time of 2011. Whatever it was we are happy it is staying in 2011 and will hopefully not follow us into 2012 although the divorce is not yet final. 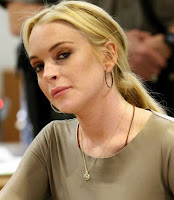 Another star struggling to keep her commitments is Lindsay Lohan. We are light years away from the Lindsay we once knew. Remember the movie Mean Girls? Today, the cute freckled red head who looked so innocent can't seem to keep herself out of trouble. Over the years she's accumulated quite a rap sheet with many run-ins with the law for D.U.I. and her latest offense: theft. In spite of all her mistakes however, she is making strides towards bettering herself. She turned down many offers to host New Years parties in an effort to clean up her party girl image. 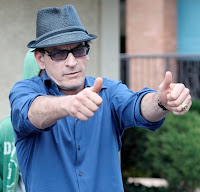 “I am on a drug. It’s called Charlie Sheen.” Sheen said in an interview. This countdown would not be complete without the scandalous Charlie Sheen. Drugs, womanizing, cursing, you name it, he did it all this year and he did it excessively. The Two and a Half Men star went into a downhill spiral which led to his termination from the very popular show. His replacement: Ashton Kutcher - let's not talk about him and his drama.

"Mistakes are a part of being human. Appreciate your mistakes for what they are: precious life lessons that can only be learned the hard way. unless it's a fatal mistake, which, at least, others can learn from."

What can we learn from this?

Instead of watching these celebrities to satisfy our voyeurism let’s use them as examples that no one is above this universal law: “Whatever a man sows, that he will also reap.” Sow carefully in 2012!