September is by far the most exciting month of the year for the fashion industry. With Mercedes Benz Fashion Week's dust barely settling, London Fashion week half way through and the September issues flying off news stands a quick recap is of the essence. Here are some of September's best fashion events.

The September issue, the film: "There is something about fashion that can make people very nervous" is one of the first statements Anna Wintour makes in this film. Her observation set the tone for the rest of the piece and presented this question to the audience: where do you fit in? R.J. Cutler who produced and directed the film and his crew followed Vogue's heavy weight editors across the globe in the hopes of producing the best fashion documentary and in our opinion, they did. The documentary was released in New York on August 28 and U.S. wide on September 11. It covered the creation of Vogue's September 2007 issue from start to finish .

In a world where everyone bows down to Anna, it was refreshing to see one person who was not afraid to stand up to her. Grace Coddington, Vogue's creative director started working for American Vogue at the same time as Anna did. The mastermind behind the fashion spreads knew what she was talking about and was not shy about defending her work. We saw quite a lot of her in this film which was nice. The documentary also allowed us to not only see Anna's professional life but her personal life as well. We were introduced to her daughter who had different views to that of her mothers as far as fashion was concerned. The aspiring lawyer told us that there are far more interesting things out there than fashion. Ouch! Over all it was good, however, we wish we could have seen even more of Anna and most importantly more of The Andre Leon Talley, who took La Palme for the most memorable scene in the movie: the tennis court scene. Spoiler alert! How funny and typically Leon was that? Simply following orders from the Wintour to adopt a healthier lifestyle Talley picked up tennis. But we have never seen anyone look as fabulous and move as little as he did while playing tennis. So Talley.

All in all, the movie was the epitome of life in fashion. Unfortunately the film was too short and as everything in fashion , left us wanting more.

The September Issue won the Grand Jury Prize for Excellence in Cinematography at the 2009 Sundance Film Festival. 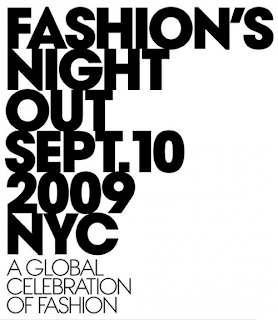 Fashion's night out (Sept. 10): On that faithful Thursday the streets of New York were buzzing with excitement. Your majesty Anna Wintour, the mastermind behind the event launched the festivities in a Macy's in Queens. We zeroed in on Soho for a night of shopping, music, sweet treats and drinks. Our steps led us to Intermix, Miu Miu, Banana Republic and Prada. While at Prada we fell in love with not only Little Rascals performance but with a gorgeous Terracotta colored tweed jacket. Although it seems like fashion night outters did more socializing than shopping the event brought excitement back to a rather dreary year in fashion. We loved it and will be there next year!

Mercedez Benz Fashion Week (NYC) Sept. 10 - 17: We posted pictures (credits to Getty Images) for you everyday. The mood was to gray, ivory and other neutrals with few splashes of color this season. Thank God however for designers like Michael Angel, Ports 1961 and Vivienne Tam who in spite of the economy favored color and prints. Max Azria and Nicole Miller along with other designers, probably tired of the present, opened a portal onto the future through their collections. Regardless of the times Ralph Lauren, him, remained faithful to his classic American style. 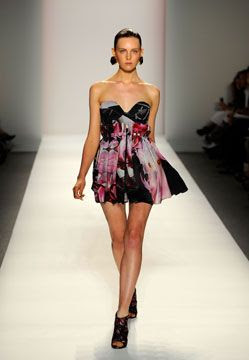 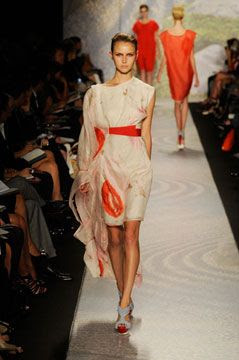 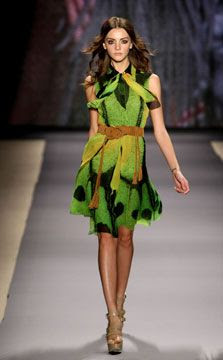 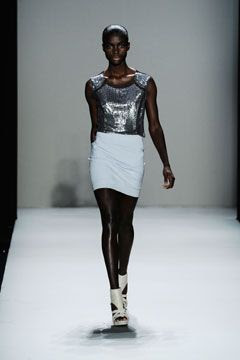 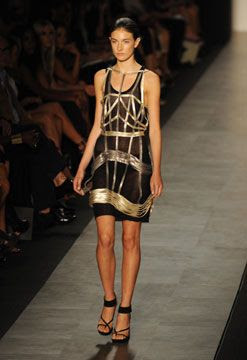 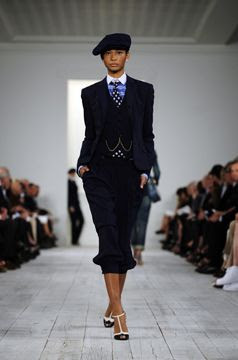 Now we are looking forward to the Milan and Paris shows along with the release of "Coco before Chanel", the documentary about the infamous Coco Chanel. September is getting better everyday!

Anna Wintour, the reining Queen B of fashion has outdone herself this month. She kept the spotlight on our industry and we are grateful for it. Keep those ideas coming Anna.